How to Open, Read or Access Bitlocker Encrypted Drive on Mac

BitLocker is a disk encryption utility on Windows that protects an entire disk from unauthorized access by adding a password to it. Although BitLocker was designed for Windows only, you might want to access the encrypted drive on a Mac sometimes. Since BitLocker is not native to Mac OS X and macOS, you may run into problems when trying to open Bitlocker encrypted external drive like a USB flash drive on your Mac. This article gives an overview of the BitLocker tool, reasons why it can't be opened natively in Mac and what tools you need in order to be able to do so.

BitLocker was designed to prevent offline attacks on external hard drives. For example, if someone steals your drive and tries to access the data, they won't be able to do so with BitLocker encryption being applied to the drive. The security protocol for BitLocker involves the use of 128 or 256-bit keys in cipher block chaining (CBC) mode, and used the AES standard for data encryption. BitLocker has always been a Windows-only utility, and supports all versions of the operating system starting from Windows Vista Ultimatate and Enterprise. 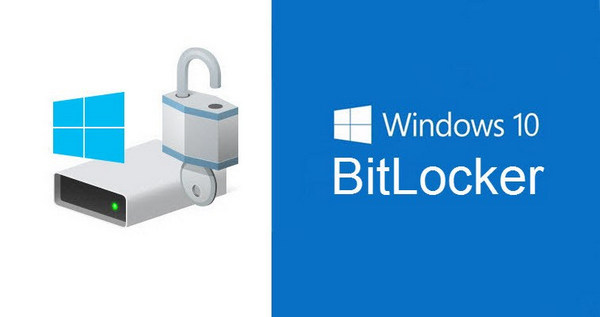 Can I Open Bitlocker Encrypted Drive on Mac?

Since Bitlocker was developed by Microsoft exclusively for the Windows environment, it is not compatible with macOS and Mac OS X. The simple reason is that Mac does not support the program, and there's no version available for Mac computers. However, that doesn't mean you can't access your drive from a Mac after it was encrypted by BitLocker. Instead, you have to use a third-party utility to access the content in Bitlocker encrypted drives on Mac. Fortunately, several of them are available for free. If you want more advanced features, you can also consider using some premium products available on the market.

One of the best free BitLocker utilities for Mac that will allow you to open an encrypted external drive on a computer running Apple's operating system is UUByte BitLocker Geeker. As long as you know the password for the encrypted drive, you can use this to open it and access the files inside on your Mac computer.

On the flip side, it means that you can't access the data inside the drive if it is corrupted or you forgot the password. Assuming the password for decrypting the drive is known, it is very easy to install UUByte BitLocker Geeker and quickly gain access to your encrypted data. Another great utility for opening BitLocker-protected drives on a Mac is Hasleo BitLocker Anywhere for Mac. One unique feature of this software utility is that it allows you to use both the native file explorer as well as the native volume-mounting tool to access your files, depending on your preference. You can also add files to the unlocked external drive and then lock it again with the same password. While being accessed on the Mac, the files in the drive are unprotected. Once you eject and remove the drive, however, the new files will also be encrypted by BitLocker. 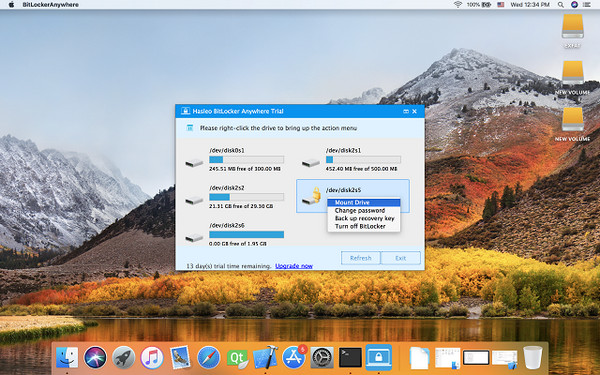 How Does Bitlocker Loader or Reader Work on Mac?

There are several third-party tools available for this, but most utilities for using BitLocker on Mac work in pretty much the same way. They either let you mount the drive on Mac or allow you to open it using a built-in file browsing utility. Since Mac's Finder app doesn't natively support drives protected by BitLocker encryption, you will need the software even if you're just opening the file to view and download the contents. The general process is to install the software and then launch it. After that, the mounted drive can be imported into the software and unlocked. Depending on which utility you're using, you may have to choose the software's file explorer option to access the protected data. 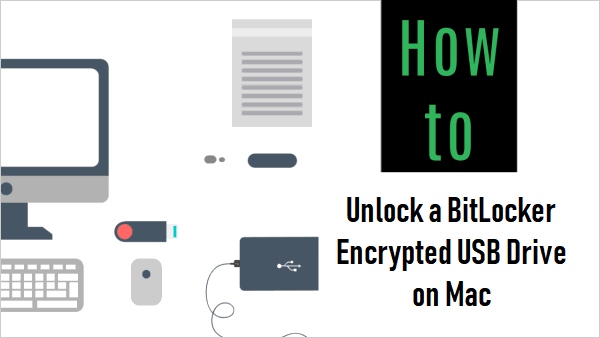 Such utilities are usually very intuitive in that you don't have to have extensive knowledge about encryption algorithms and so on. That means even new users will be comfortable using these tools. If you're working regularly on both Windows and Mac computers and need to have your external drive data protected by BitLocker, then you definitely need one of these tools for your Mac computer in order to open, edit and make changes to the drive. Once it's done, the drive will revert back to its encrypted state, with all newly added files also being encrypted until the next time you unlock them.